SatAM: Why it was cancelled 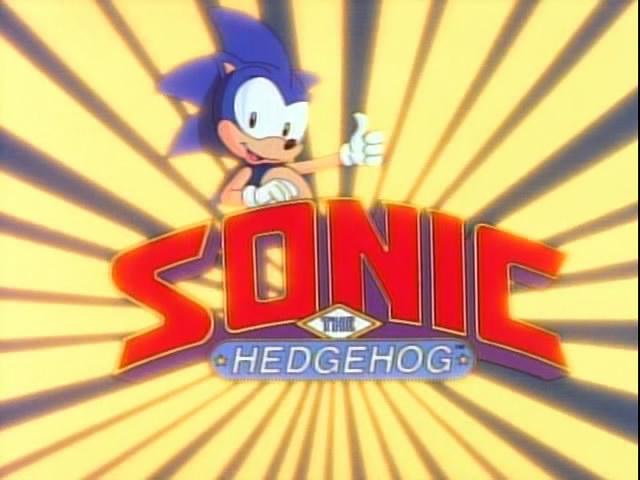 The late 1980s and 1990s saw a resurgence in animation, with both Disney and Warner Brothers leading the way with a renewed energy not seen in a long time, inspiring other animation firms to make their own quality shows. The era from 1985 to 1997 would be known as the renaissance of animation. It was during this time that Sonic the Hedgehog made his debut on television, both in syndicated format (Adventures of Sonic the Hedgheog) and on Saturday Mornings ("SatAM" Sonic the Hedgehog, on ABC).

To fully understand the situation SatAM was in, we must look at animation in general from the 1970s to the 1990s, as most of the players in the animation market were in play long before SatAM came to light. The players were various: Belgian-French DiC Entertainment (animation firm that made SatAM), Capital Cities Communications (former owners of the ABC television network), the Walt Disney Company (who purchased Capital Cities and ABC), the United States Government (for passing the Telecommunications act of 1996, which allowed firms like Disney to purchase broadcasting companies like Capital Cities and ABC), and the Federal Communications Commission (for approving such measures). This article's purpose is to show the reasons why SatAM was cancelled.

Animation as a whole started declining in the mid-1970s with such low-quality "cookie-cutter" firms like Hanna-Barbara churning out dozens of low-cost, look-alike cartoons that were laregely interchangable in both plot and appearance (using the aptly-named limited animation animation). By the time the 1980s had arrived, the Walt Disney Company was considering abandoning the animation field altogether. The rise of anime's popularity in the 1980s with Voltron and other imported shows was not helping matters, either. The 1980s also saw the introduction of cartoons centered or even based off of toy lines, basically being half-hour-long commercials. 1988 would see a shocking surprise: the Walt Disney Company (through its live-action suspense-film branch Touchtone Pictures) and Warner Brothers (through their action-film branch Amblin Entertainment) teamed up to bring "Who Framed Roger Rabbit" to the theatres. This was an overwhelming success, and heralded a new golden age in animationgolden age in animation. Public interest was renewed in animation, and Disney had gone full-swing back into animation with its ""Disney Afternoon"syndicated cartoon block. While originally promised to FOX network stations in the USA, this wound up in syndication to various independent stations across the United States and Canada, so FOX decided to start its own Fox Kids' animation block (this would later be re-named "FoxBox", then 4KidsTV, and has since merged with Kids' WB to become The CW4Kids) on weekday afternoons and saturday mornings to compete with both the Disney Afternoon (weekday afternoons) and ABC Kids (Saturday mornings). This, in turn, would inspire Warner Brothers to get back into the animation business and launch Kids WB and The WB Television Network (now part of The CW Television Network). Animated shows would become very popular on television and in mainstream society, and their quality would be very high from 1985 to 1997, before starting a slow but steady decline.

Capital Cities Communications was widely known for their surprise purchase of American Broadcasting Company, which was four times its size, back in 1985. It was simply a broadcasting company that owned various ABC television network affiliates in North Carolina and in Albany, New York. The company had been in the broadcasting industry since the early 1950s, and had a good reputation for quality local programming on the stations it owned, or managed for other broadcasting firms. With ABC now under its wing, Capital Cities turned ABC from a last-place network into a first-place star, with its ""TGIF" programming block on Friday nights (starting almost immediately, in 1985), and airing such quality cartoons as "Reboot", "Cro", on "Sonic the Hedgehog" on Saturday mornings. Capital Cities would remain in business until 1996, when the Walt Disney Company purchased it in its entirety for the ABC television network.

DiC Entertainment (standing for Diffusion, Information, et Communication in French, or Broadcasting, Information, and Communication in English) was the animation firm that made and distributed Sonic the Hedgehog, licensing the rights from Sega in 1992. The compay was founded in Belgium in 1970, and moved to Paris, with offices in New York City, Los Angeles, Montreal, Toronto, and London. The company itself would be purchased by Disney at the same time as Capital Cities, but would "re-buy" its freedom in 2002. DiC had several dozen quality shows in its portfolio, such as SatAM, Adventures of Sonic the Hedgehog, Madeleine, Inspector Gadget, and The New Archies. The company is currently owned by Quebec animation firm "Cookie Jar Entertainment", formerly CINAR, which specializes in "edutainment".

I know what you're thinking… "why did i have to read all that just to get to where SatAM debuts?" Well, it helps to understand the climate of animation during that time, as well as who was in control of what networks and shows at the time. SatAM was very popular with viewers, as well as with the head of ABC's childrens' programming, though network executives were not as pleased with the show. SatAM was by far, one of the darkest childrens' shows ever made, and fairly unique among cartoons (only FOX Kids' "Biker Mice From Mars" had a vaguely-similar theme).

The show ran into problems almost from the beginning, as it went up against FOX Kids' red-hot "Mighty Morphin' Power Rangers". Compounding this issue was that FOX kept shuffling its schedule to pit the Power Rangers against Sonic in the same time-slot. It also didn't help that the ABC network as a whole occasionally delayed or cancelled the Saturday Morning lineup in favour of Saturday morning sports (or in the case of affiliates in the midwest and Great Lakes states, Big Ten Ticket basketball games). Sonic's ratings were strong, despite being off the air a considerable amount of time, and achieved a cult following, and an almost Star Trek-like reputation, for being more popular off the air than when it was on.

Why was SatAM Cancelled?

The simple answer to why Sonic the Hedgehog was cancelled was that Disney Bought ABC and its parent company, and decided to fill the programming slots with its own programming, instead of shows from other production houses (Warner Brothers, DiC, and so on), though there were other reasons, as well.

FOX Network had decided to air its most-popular show at the time, Mighty Morphin' Power Rangers, directly against SatAM in the same 8:30 timeslot on Saturday Mornings. This severely damaged SatAM's ratings, as many kids chose to watch the (in this webmaster's opinion) vastly inferior Power Rangers. Another nail in SatAM's coffin was ABC constantly airing Saturday Morning sports instead of cartoons on many to all of its network affiliates, which pre-empted many series at the time (including SatAM), and rendering it very difficult to watch the show at all when it was supposed to be scheduled to air.

The 1990s were very energetic for television broadcasting firms and media giants, like Warner Brothers and Disney. In 1993, the seeds for today's CW Television Network were sown when Chris-Craft Industries and Warner Brothers started the Prime Time Entertainment Network, which was a syndication service for shows like Babylon 5, while 1995 would see the debut of the CW's predecessors, the WB Television Network and UPN. Disney wanted to have its own over-the-air broadcast television network, so it waited for the United States government to pass the Telecommunications Act of 1996, which allowed large media firms with an established presence on cable television (like Disney) to purchase over-the-air television networks. The moment this was passed, Disney began courting Capital Cities, buying it out and simply turning it into the broadcast division of the company. As well, the American Federal Communications Commission passed the Children's Television Act of 1990, which required that a certain level of "Educational/Informational" or E/I shows be broadcast on full-power television stations in the United States, as of 1990. The FCC began cracking down and strictly enforcing this rule in 1996, and telling the stations which shows would fall under E/I. This is what doomed SatAM and other shows, like Biker Mice from Mars.

Revenge of the Mouse

As soon as Disney had purchased ABC, all non-disney shows were cancelled, and replaced with temporary filler shows for a year or so until Disney could make its own or import its Disney Channel shows onto ABC. It was perhaps a co-incidence that ABC's head of childrens' programming retired at the end of their term in 1996, and they were replaced with the head of Disney Channel's childrens' programming. Without any support from top-ranking executives, SatAM was done. By 1997, Disney's One Saturday Morning debuted, and that was the end of non-disney programming on ABC for Saturday Mornings. To make matters worse, DiC Entertainment was purchased by Disney as well! The company would later re-purchase its freedom from Disney in 2002, but the question of who owned the rights to SatAM would be in question until 2006.

Where Are They Now?

Capital Cities, which owned ABC and its ABC Television Network, has since been purchased by the Walt Disney Company in 1996. Its name was changed from Capital Cities/ABC, Inc. back to just ABC, and is now the Disney-ABC Television Group. The ABC Television Network and its owned-and-operated over-the-air television stations are fully and directly owned by the Walt Disney Company. DiC is now a part of Cookie Jar Entertainment, FOX Kids is now the online-only 4Kids.TV, and the SatAM Sonic characters are properties of Cookie Jar Entertainment, though licensed to Archie Comics, which is still going to this day.

To simplify things, the ownership of ABC is as follows: